What Are Basketball Shoes Made Of? Depending on the specific shoe of reference, basketball shoes are made from different materials. This is clear right from the starting point of the shoes manufacture.

There is what is called the last model which is like the blueprint you use to mass produce other pairs of your basketball shoes. It can be a metallic or plastic material which is shaped like a completed basketball shoe.

From there, you evolve your shoe patterns and the kinds of materials you are using, materials like leather, rubber, plastic, textiles, etc., which are basically what basketball shoes are made of.

These materials are what impacts what is used for the laces, or the kinds of materials used for the sole and insole, or the inner footwear of the shoe itself, and so on. Invariably, the basketball shoe is assembled based on what needs to be put at the higher and lower parts of the shoes.

Generally, the best basketball shoes are specifically designed at the upper end with leather materials. Although there are more sneaker types made from synthetic mesh. It has a growing influence on the texture and type of shoes on the court these days.

The intervention in such kind of changes is helpful for athletes who play the game. For example, there have been criticisms in the past about the downside of using leather materials for basketball shoes. Those kinds of shoes are often criticized to be too heavy and that’s unlike sneakers like tennis shoes that do have penetrable mesh upper.

The mesh material is lightweight, and far superiorly so, if compared to leather upper. That kind of material allows for breathability, unlike the leather material.

The popularity of mesh materials now is also owing to its durable qualities. This, it supports without taking away the user’s prime attractions and fancies as they would have in leather-laden sneakers – especially the support the foot is touted to enjoy in leather shoes.

There have, however, been many other shoes that offer combination of the synthetic mesh and leather, and in some other cases, either combination with canvas. Such a thrill!

Technology is also changing the face of the basketball shoes and its makeup. We will be talking briefly about that much later.

Perry Hua’s images are a useful guide here in simplifying the various parts of a basketball shoe and how that ties into achieving the overall cushioning effects of the peculiar sneakers. Look at the diagrams below:

For instance, the low-top shoes’ preference is for speed. So, the materials pushed into making this comes with certain cons that doesn’t insure the bodies of athletes who play the game.

Remember the Kobe Bryant’s starred, hilarious commercial for Nike Zoom Kobe IV? He’s President, CEO, CFO, CMO, and Owner of Ankle Insurance Co. But beyond the hilarity of the fuzzy, funny, fear-scented “broken ankles” voice-over in the commercial, is the legitimate fears that the advert addresses.

There are shoes that offer zero ankle support and low-top shoes can turn out like that. That’s a design many on-court players of the game like to avoid, although your speed and agility are top notch because low-tops are very light shoes.

However, mid-tops shoes address that. They offer speed + safety for players whose game is to jump up high and get a little physical. But they also pale in protection value in restricting potential ankle dangers when making fast turns when playing.

That’s what high-tops solve, and power players generally go all out for this. They are also heavy, but your ankle gets the stability it deserves. Pay attention to the upper, the insole, outsole, midsole, and you can pretty sum up what a basketball shoe is generally made up of.

Therefore, at the upper part of the shoes (refer to diagram below for easy and quick identification) that were majorly made of leather, you can now also find ones made from synthetic mesh or canvas or synthetic leather, and so on.

In the diagram, you can also see the eyelets. They are the shoelaces holders and they have small holes where you tuck the laces in place. They are generally made of metal like steel, aluminum, or brass.

The laces themselves are straps made of cotton or rope variants. Like some parts that are basically changing in terms of texture, many shoelaces now use synthetic fibers. It makes more slippery now but the eyestays (refer to diagram) help to maximally keep them in place.

Just close to the insoles are midsoles that generally dictate the longevity of your shoes. It is a predictable taste. We all want durable shoes. The midsole is largely responsible for that. So, it behaves more like rubber or foam, but it is basically made of plastic materials.

The insole itself is made of synthetic insole board. They are there to offer some basic warmth and comfort while in your shoes.

Perhaps, an important measure also is the outsoles of a basketball shoe. They are typically made of synthetic material or rubber. A good basketball shoe with a perfect outsole will naturally provide you with balance.

There is a history behind the evolution of basketball shoes that makes the basketball game an interesting one on so many levels.

That evolution, or the knowledge of it, indicates where certain categorizations fall; whether the shoe is a classic or perhaps the trendy cool one. That’s why basketball shoes remain one of the famous athletic footwear in the world.

Perhaps a little history lesson here. Now, the basketball game began in about 1892, but not until the early 1920s did basketball shoes become a thing in the game.

The first ever pair of basketball shoes specifically designed for the game was released by Converse, an American shoe company who later became a subsidiary of Nike specializing in the design, production and sales of sneakers, apparels, footwear, amongst other accessories.

They released the first ever All-Star shoe in basketball, and that move has morphed into a big business; the huge market that branded designs and basketball shoes have become.

Not long after the shoes became popular, Chuck Taylor — who was at one time himself a semi-professional basketball player — joined the company, and lent his name to a new brand of a basketball shoe that has become a synonym for basketball shoes. 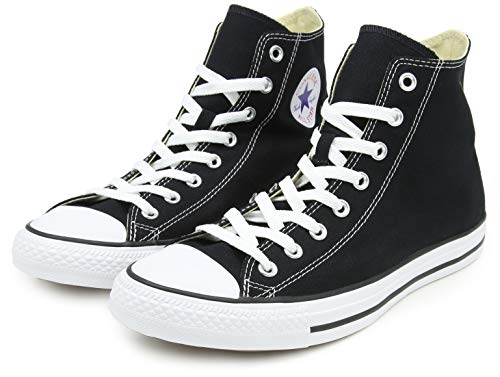 Click here to check out this pair of Chuck Taylors and buy on Amazon.

The shoe, popularly called ‘Chuck Taylors’ was made from materials like leather cotton versions which is the material common with the popular versions of the brand.

Chuck Taylor himself had requested for this type of shoes because he wanted and campaigned for a sneaker that provides flexibility for players and allows you dominate the game.

It is important to put that in context, because every update and improvement on basketball shoes have been to increase the user’s stability, comfort, and in-court performances.

Therefore, making basketball shoes with the right materials, especially for players of the game, could be the difference between winning and losing, or enjoying your game and going home with avoidable blisters.

The Chuck Taylors became a dominant force and then came the Puma Clyde. The Puma Clyde was also a signature brand, becoming the first to be given an NBA star’s name. 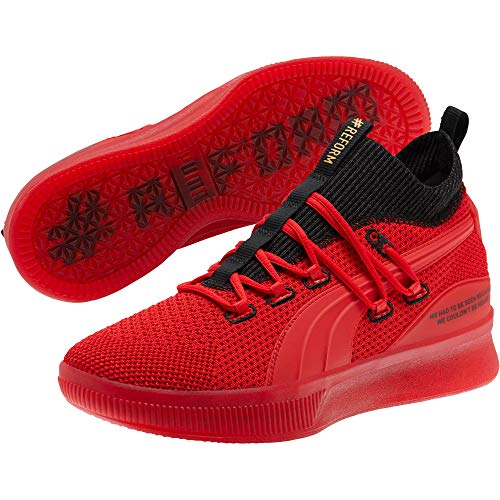 Click here to check this Puma Clyde out and buy on Amazon.

Walt Clyde Frazier was playing for the New York Knicks at this time and this gave rise to the ‘The Puma Clyde’. The shoe had a suede upper design with a wider sole that allows your foot slip into the shoes easily, with better stance.

It became a hit outside the court and began a success of basketball shoes used by fans and players alike. There were inspired changes from brand competitors that saw the likes of Larry Bird and Magic Johnson — very popular players of the game, too — join the frame of basketball shoes popularity.

However, it wasn’t until the 1980s when Air Jordan (named after arguably the best basketball player of all time; Michael Jordan) was released that more people started paying attention.

These shoes, over the years — centuries now — are designed using materials like phylon, phyllite, synthetic rubber compounds, polyurethane, amongst others. 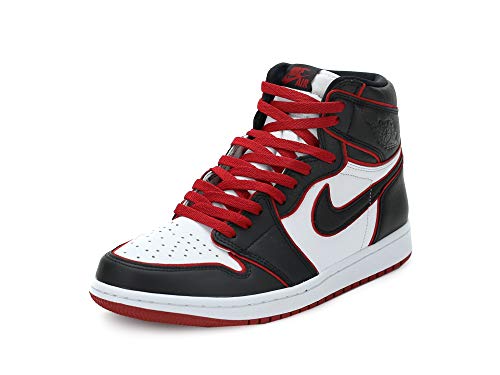 Click here to check it out and buy a pair on Amazon.

What Is Changing In Their Makeups?

However, we must mention here that technology is generally making basketball shoes safer and more effective for athletes who play the game. These changes make basketball players move faster, while feeling lighter and stronger from their feet up.

Whether it is Adidas, Nike, Puma, or other shoemakers, a lot is going into prioritizing the comfort and stability of users.

For example, when Nike Air Force One came into the basketball space, the features that are visible now in updates were nonexistent. Features with better cushioning, rubber outsoles with less toxins, more environment-friendly choices regarding recycling (synthetic) leather wastes, amongst other things, there is always that scaled attempt to outdo the past or the previous ones.

No doubt, basketball shoes are no longer what they used to be in the days of first releases of Chuck Taylors, Puma Clyde’s, or Air Jordan. Life itself abhors redundancy. Even those signature brands have new updates and features.

However, what defines the core and shape of a basketball shoe has not so much changed. The same motivation that drove Chuck to experiment with new shoes is the same theme that runs through the features of shoes that are developed now.

We all want shoes that feel great on our feet, give the stability and flexibility our feet crave, and influence the performances that we love to see on the court as basketball players or fans, or perhaps as just casual, uninvested users.

basketball basketball shoes shoes What Are Basketball Shoes Made Of?
Previous Post

Why Do Basketball Players Wipe The Bottom Of Their Shoes? What Are The Most Popular Basketball Shoes?

We have affiliate relationships with the providers (Amazon, Clickbank, etc) of the products, goods and services that are linked to on this page and may be compensated when you buy. But do note that it doesn't increase the cost of the products to you in any way or determine our verdict on a product/service.

We use cookies on our website to give you the most relevant experience by remembering your preferences and repeat visits. By clicking “Accept All”, you consent to the use of ALL the cookies. However, you may visit "Cookie Settings" to provide a controlled consent.
Cookie SettingsAccept All
Manage consent

This website uses cookies to improve your experience while you navigate through the website. Out of these cookies, the cookies that are categorized as necessary are stored on your browser as they are essential for the working of basic functionalities of the website. We also use third-party cookies that help us analyze and understand how you use this website. These cookies will be stored in your browser only with your consent. You also have the option to opt-out of these cookies. But opting out of some of these cookies may have an effect on your browsing experience.
Necessary Always Enabled
Necessary cookies are absolutely essential for the website to function properly. This category only includes cookies that ensures basic functionalities and security features of the website. These cookies do not store any personal information.
Non-necessary
Any cookies that may not be particularly necessary for the website to function and is used specifically to collect user personal data via analytics, ads, other embedded contents are termed as non-necessary cookies. It is mandatory to procure user consent prior to running these cookies on your website.
SAVE & ACCEPT